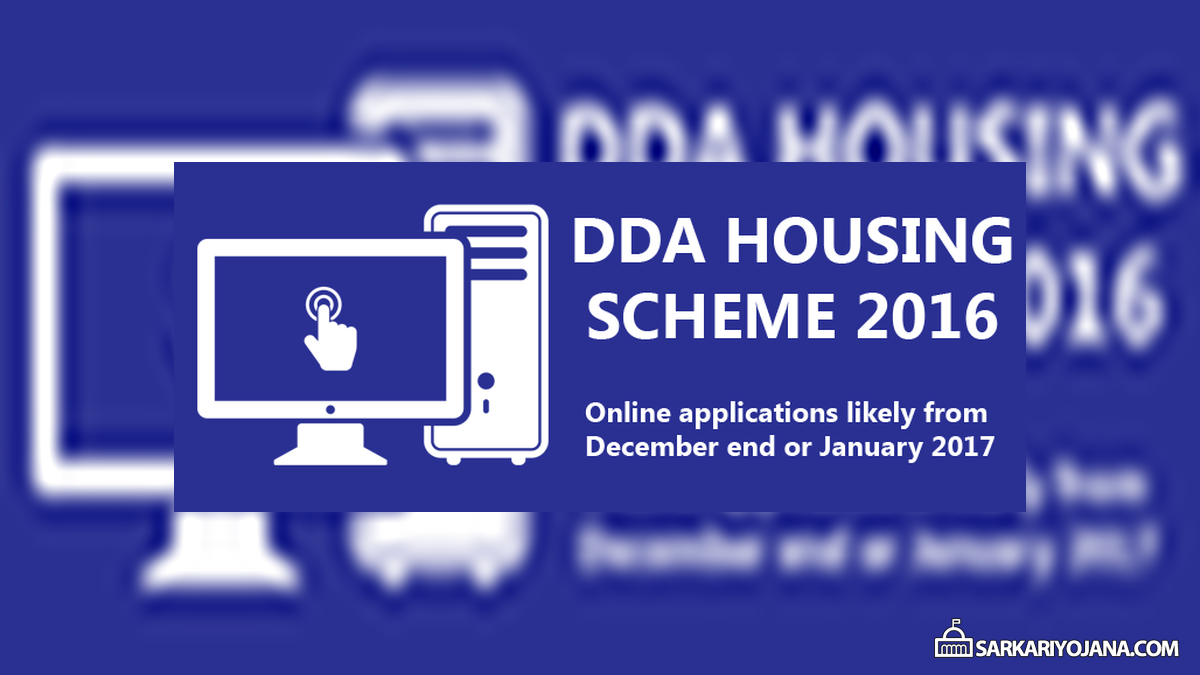 Delhi Development Authority has announced its much awaited DDA Housing Scheme 2016 for allotment of about 13000 flats in different areas across Delhi. DDA Housing scheme 2016 applications process will be completely online, brochures will be available online. Applications forms will be invited through online modes to bring in more transparency and avoid the long queues at banks.

However, no exact dates has been finalized but the online applications for DDA Housing scheme 2016 would be invited from December end or beginning of January 2016. The authority has taken the step on inviting online applications to reduce the burden of banks especially in times when there are already long queues of people after demonetization of Rs. 500 and 1000 Notes.

Online application process for the scheme would also help in faster application form processing & verification and bring in transparency to the whole process.

DDA housing scheme 2016 online applications may be invited through the official website of Delhi Development Authority at www.dda.org.in.

Most of the flats being offered under the new scheme are old constructions and from the surrendered flats of 2014 scheme.

If any applicant withdraw their application before the scheme draw, entire application fee will be refunded without any interest. However, if the allottee surrender the flat or apply for cancellation of allotment, no refund will be done, in this case his/her entire application money will be forfeited.

More details about DDA housing scheme 2016 will be available as soon as the scheme is launched or keep visiting the official website of DDA at www.dda.org.in

Related Content
« gst.gov.in – GST (Goods & Services Tax) Official Website Now Live for Online Enrollment
Pradhan Mantri Awas Yojana – Gramin (PMAY-G) Launched by Narendra Modi »
VIEWS:
Disclaimer & Notice: This is not the official website for any government scheme nor associated with any Govt. body. Please do not treat this as official website and do not leave your contact / personal such as Aadhar Number or Mobile No. information in the comment below. It is not possible for us to reply to each comment/query, neither we can address the complaints regarding any scheme. We request all our visitors to visit the official website of the concerned department / authority for any complaint, query about the scheme / information published on this website.