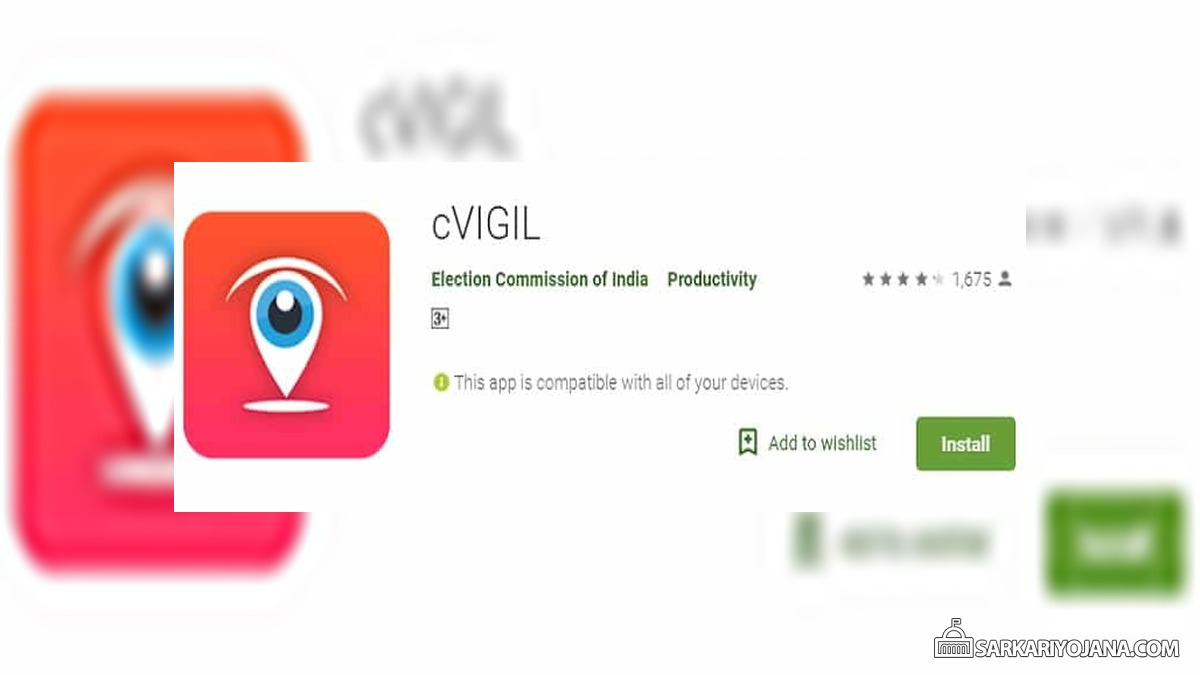 Election Commission of India has now introduced the cVigil App to empower citizens in the Lok Sabha 2019 polls. This cVIGIL mobile app for android or iphone users is launched at pan India level. Here citizens can record any illegal activity or violation of Model Code of Conduct (MCC) on their mobile phones and send it to election authorities for suitable action. People can download cVigil Mobile App and send complaint against any malpractice in general elections of India.

As it is the sole responsibility of EC of India to eliminate any malpractices in elections and to ensure free and fair elections across the country. So, EC is duty bound to take strict actions against such illegal activities. This cVigil mobile app is available to download at the google play store for which link is given below.

Previously on 10th March 2019, EC has announced Lok Sabha Chunav Voting Dates (State-Wise) to make people know about the date of voting in their respective states.

In order to empower every Indian citizens to remain alert about the proceedings of Lok Sabha elections 2019 in India, EC has launched cVigil Mobile App. All the citizens can now record any activity of MCC violation, incident of intimidation or inducement within minutes of having witnessed them on their smartphones and report it to election authorities. The direct link to download the cVIGIL app is given below:-
cVIGIL Mobile App Download

Now people would not have to go to the office of the returning officer to file complaints. cVIGIL App is a simple, android based mobile app which is user-friendly and easy to operate. Below is the complete procedure to access the app:-

People have to simply click a picture or take a video and briefly describe the activity before uploading it on the cVIGIL mobile application. In case the complainant desires to remain anonymous, then citizen has the option to do so. The District Control Room allocates cVIGIL cases to the flying squads through GIS-based platform. The authorities and officials are duty bound to take action on it within 100 minutes.

To facilitate the electors in identification of the candidates, EC of India has adopted another measure and made another provision of printing photograph of candidate on the ballot paper to be displayed on the EVM (Ballot unit) and on Postal Ballot papers. This move will help in reducing any confusion which arises in some cases where candidates with same or similar names contest from the same constituencies.

17th Lok Sabha Chunav in India would be held in 7 phases starting from 11 April 2019 and the final phase of general elections would take place on 19 May 2019. The counting of votes and result declaration would be done on 23 May 2019.

There are 0 comments on this article | leave a replyTags: Government Android Apps

Related Content
« लोकसभा चुनाव 2019 – 7 चरणों के लिए तारीखों का एलान / जानिये अपने राज्यों में मतदान की तारीख
RTE Chhattisgarh Admission 2019-20 Student Registration @ eduportal.cg.nic.in »
VIEWS:
Disclaimer & Notice: This is not the official website for any government scheme nor associated with any Govt. body. Please do not treat this as official website and do not leave your contact / personal such as Aadhar Number or Mobile No. information in the comment below. It is not possible for us to reply to each comment/query, neither we can address the complaints regarding any scheme. We request all our visitors to visit the official website of the concerned department / authority for any complaint, query about the scheme / information published on this website.