In CSMC 47th meeting, a total number of 630 projects have been approved in 10 states across BLC / AHP / ISSR verticals. The total project cost is Rs. 4,988 crore with central assistance of Rs. 1,805 crore. The cumulative number of pucca houses sanctioned by the central govt. now reaches over 90 lakh under PMAY Urban Housing Scheme.

The number of houses approved (state-wise) under PMAY Urban in the 47th CSMC meeting held on 25 September 2019 are as follows:-

The Central Government has committed Rs. 1.43 lakh crore of which Rs. 57,758 crore has already been released. More than 52 lakh houses have been grounded for construction and construction of more than 27 lakh houses has been completed & handed over to PMAY-U beneficiaries. Total sanctions under CLSS has crossed 7 lakhs of which 2 lakhs are MIGs & 5 lakhs are EWS / LIGs. After subsuming projects of Rajiv Awas Yojana (RAY) Scheme, the total number of houses sanctioned for urban poor under PM Awas Yojana Urban (PMAY-U) is now more than 90 lakh. 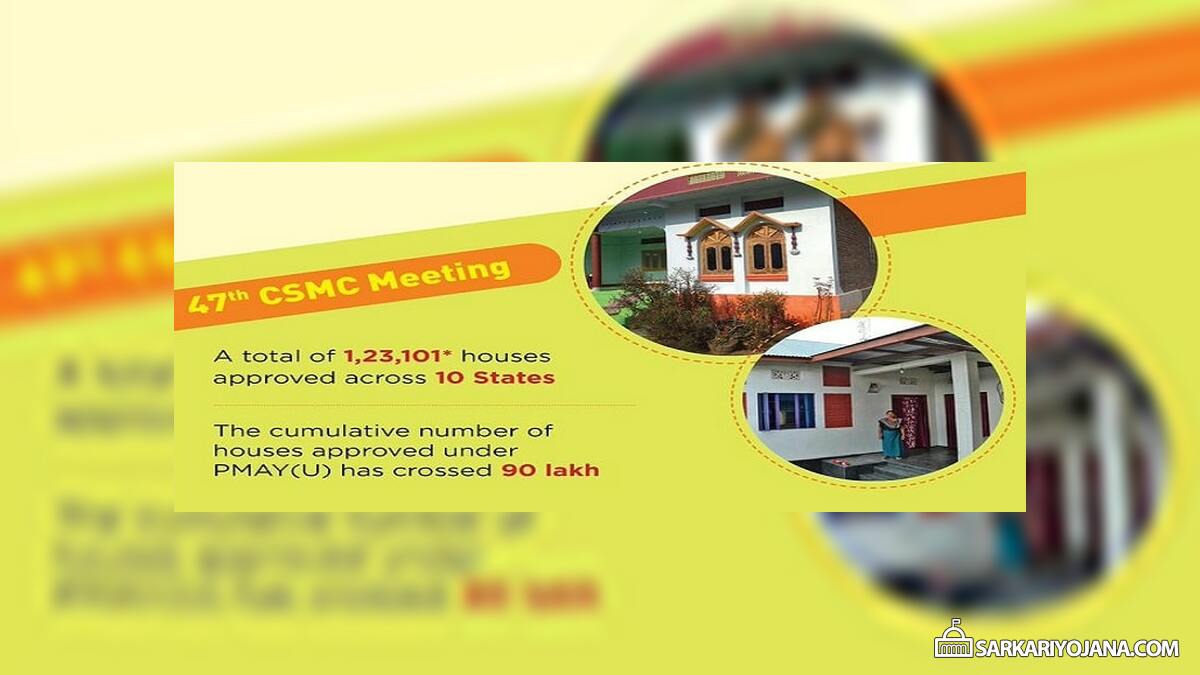