In CSMC 41st meeting, a total number of 864 projects in 5 states under BLC, AHP & ISSR verticals have been approved. The project cost of Rs. 14,662 crore and central assistance of Rs. 4,658 crore has been approved. The approvals under the Beneficiary led construction (BLC) vertical is 1,91,556 while it is 1,18,941 under Affordable Housing in Partnership (AHP)vertical.

To boost PMAY urban housing scheme, central govt. has recently reduced the GST from 12% to 8% GST under CLSS Component of PM Awas Yojana – Urban. The important features and highlights of decisions taken in 41st CSMC meeting held on 27 December 2018 are as follows:-

All the poor people belonging to economically weaker sections (EWS), lower income group (LIG), medium income group (MIG) and higher income groups (HIG) can fill PMAY online application form. This would enable them to avail a new house or get subsidy for house construction. PMAY – Housing for All (PMAY-HFA) is a flagship scheme of Narendra Modi govt. to provide affordable houses to poor people.

More than 3.10 lakh houses involving project cost of ₹14,662 crore were approved during the 41st CSMC meeting.
With this, the total number of approved houses under #PMAYUrban have become 68.54 lakh. pic.twitter.com/SvKDa8jkRW

The complete details of the total number of affordable houses sanctioned under PMAY-U in the previous meetings of central sanctioning and monitoring committee (CSMC) can be checked through the links below:- 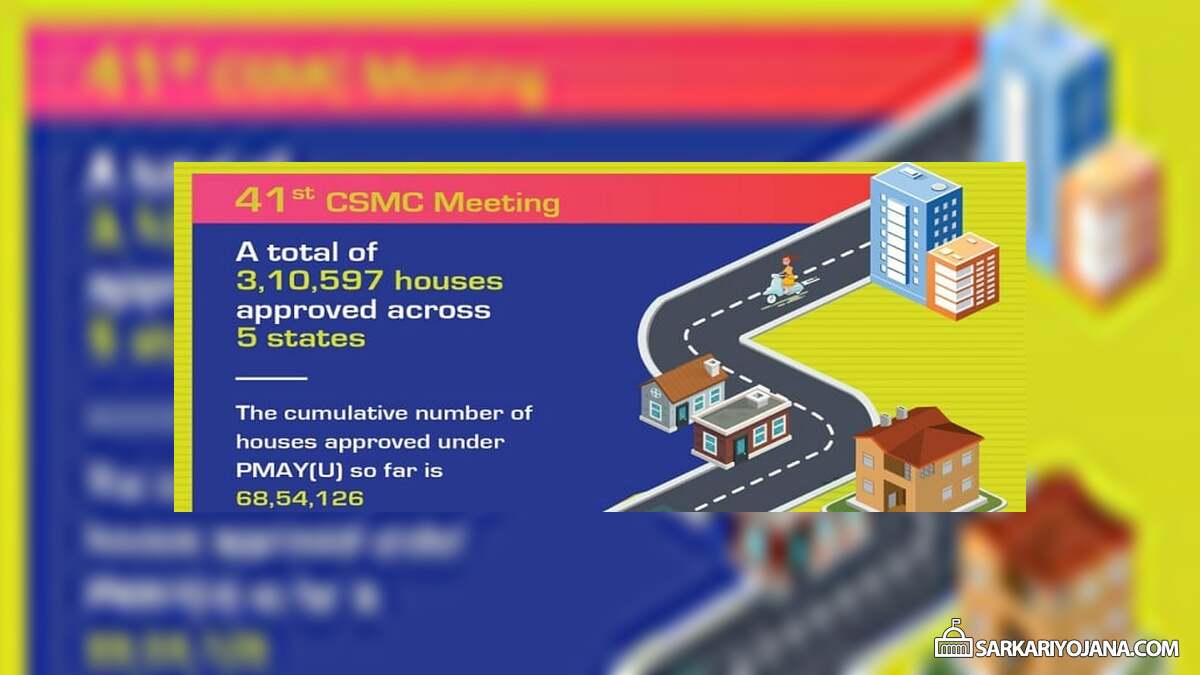