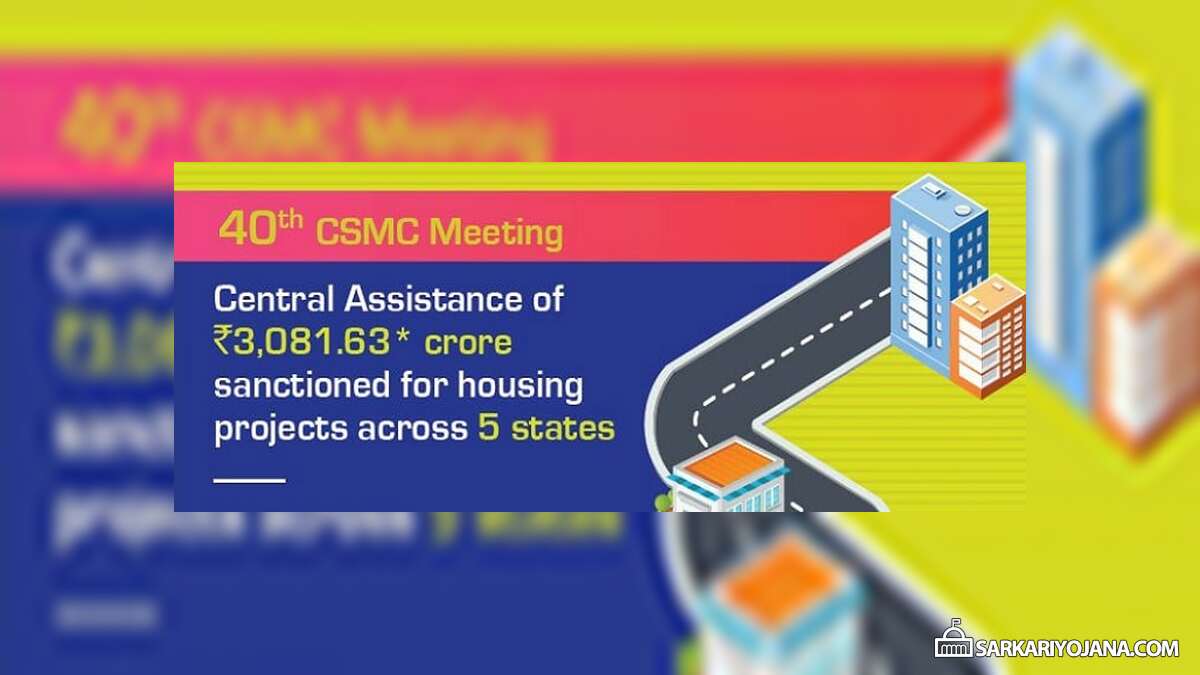 In CSMC 40th meeting, a total number of 392 projects with a project cost of Rs 7,391 crore and central assistance of Rs 3,086 crore has been approved. The approvals under the Beneficiary led construction (BLC) vertical is 85,227 while it is 1,20,215 under Affordable Housing in Partnership (AHP)vertical.

To boost PMAY urban housing scheme, central govt. has recently reduced the GST from 12% to 8% GST under CLSS Component of PM Awas Yojana – Urban. The important features and highlights of decisions taken in 40th CSMC meeting are as follows:-

All the people belonging to economically weaker sections (EWS), lower income group (LIG), medium income group (MIG) and higher income groups (HIG) can apply online for PMAY U to avail a new house or getting subsidy for house construction. More than 2 lakh houses have been approved across 5 states in the 40th meeting. PMAY housing for all (PMAY-HFA) is a flagship scheme of Narendra Modi govt. to provide affordable houses to poor people.

More than 2.05 lakh houses worth almost ₹7,400 crore were approved during the 40th CSMC meeting.

The details of the total number of affordable houses sanctioned under PMAY-U in the previous meetings of central sanctioning and monitoring committee (CSMC) can be checked through the links below:-

Karan Chhabra at सरकारी योजना
Related Content
Emergency Response Support System (ERSS) – 112 Number for Himachal Pradesh Haryana Solar Home System Installation Subsidy under Manohar Jyoti Yojana
Disclaimer and Notice: This is not the official website for any government scheme nor associated with any Govt. body. Please do not treat this as official website and do not leave your contact / personal such as Aadhar Number or Mobile No. information in the comment below. It is not possible for us to reply to each comment/query, neither we can address the complaints regarding any scheme. We request all our visitors to visit the official website of the concerned department / authority for any complaint, query about the scheme / information published on this website.