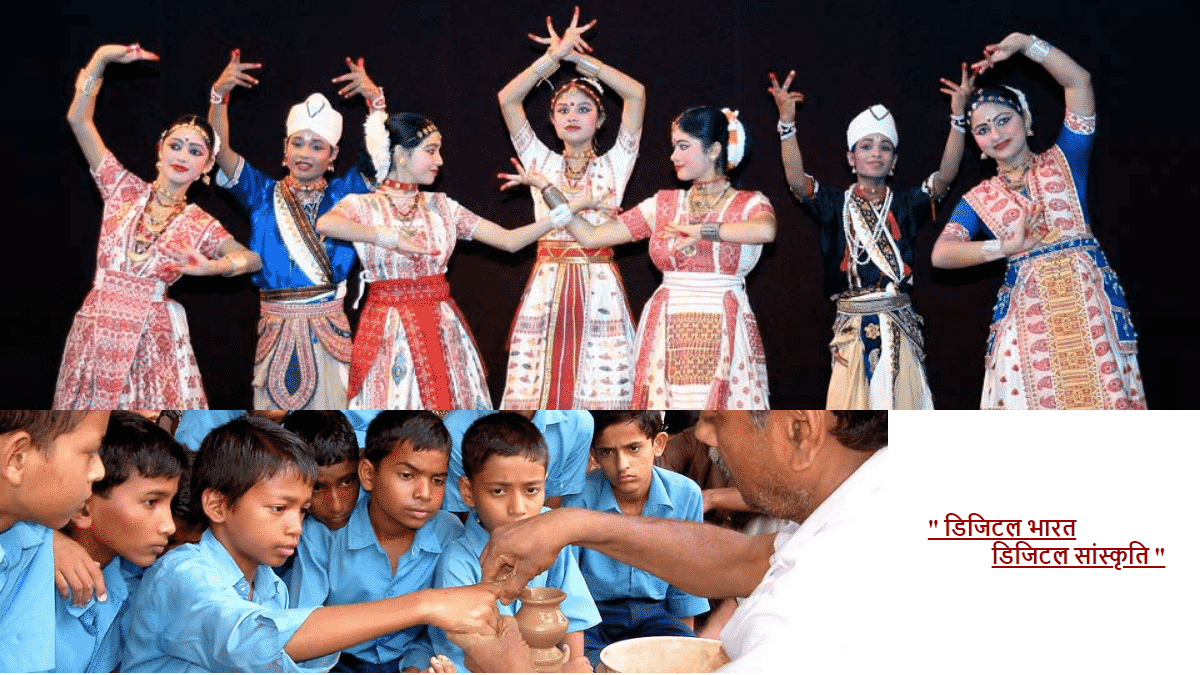 Sh. Prahlad Singh Patel has launched CCRT Digital Bharat Digital Sanskriti E-Portal and YouTube Channel in New Delhi. This portal will enable dissemination of cultural education through digital interactive medium into the classrooms all over the country. For this initiative, CCRT has tied up with Routes 2 Roots NGO to connect seamlessly all CCRT regional centers i.e Guwahati, Udaipur, Hyderabad.

The Union Minister of Culture & Tourism has also interacted with the participants of the ongoing training programmes at CCRT Regional Centres and some children studying in schools. A new film namely Rahas directed by Sunil Shukla was also launched by the central govt. minister. This film is based on the Raaslila of Chhattisgarh.

Central govt. has launched the new CCRT Digital Bharat Digital Sanskriti e-portal which can be accessed using the link given below:-
http://ccrtindia.gov.in/Digital%20Bharat%20Digital%20Sanskriti%20-%202019.php

Each and every child in the country has a latent talent which is needed to be identified. CCRT should provide a platform for specifically dropout children in order to enable them to join mainstream. They can now pursue their dreams and make career out of this whether it be music, painting, theatre, martial arts or any other art forms.

The central govt. will identify institutions which are specialized in giving training in various art forms and encourage children to join these institutions. In the next 3 years, govt. will send children studying in class 10th to 12th standard for well planned tours of north east. These trips will make these children the brand ambassadors of India in future.

It is great pride that India has more number of languages than any other country in the world. The central govt. will encourage students to learn various regional languages apart from their native regional language. For eg – Punjabis can learn gujrati and gujratis can learn punjabi language along with their native language. initiative will strengthen the bonding between citizens of India.

Related Content
« छत्तीसगढ़ ई-रिक्शा सहायता योजना 2019 – असंगठित क्षेत्र के चालकों को 50 हजार वित्तीय सहायता
उत्तर प्रदेश कुक्कुट पालन कर्ज योजना 2019 सरकार देगी सब्सिडी पर लोन »
VIEWS:
Disclaimer & Notice: This is not the official website for any government scheme nor associated with any Govt. body. Please do not treat this as official website and do not leave your contact / personal such as Aadhar Number or Mobile No. information in the comment below. It is not possible for us to reply to each comment/query, neither we can address the complaints regarding any scheme. We request all our visitors to visit the official website of the concerned department / authority for any complaint, query about the scheme / information published on this website.