bharatkeveer.gov.in or Bharat Ke Veer is a new web Portal launched by the central government for the general public to make donations to the families of martyrs and soldiers of Indian Armed forces. Using the bharatkeveer.gov.in portal, anyone who wish to support the families of martyrs can donate online. The web portal and app has been launched by the Ministry of Home Affairs in order to pay homage to the brave-hearts who have laid down their lives in order to protect their country and citizens.

Following is the procedure to make the online donation/contribution to the individual account of the braveheart’s.

How to Donate Online on Bharat Ke Veer Portal

STEP 3: Upon clicking the “Bravehearts” link or clicking at bharatkeveer.gov.in/viewMartyrsGalleryPage, you can select the individual soldier from the displayed list or search one and make desired contribution.

STEP 4: Upon clicking at “Bharat Ke Veer Corpus Fund” link or clicking at bharatkeveer.gov.in/donorLogin, then simply fill in details such as mobile number and click at “Send OTP” button.

If transaction fails at any stage and money is deducted from your card/account, Please wait and don’t attempt further. It will succeed. If amount has been debited, Certificate will be generated after the transaction is cleared through payment gateway. It may take 24 Hrs. to 72 Hrs. in some cases. This certificate can be download from ‘My Contribution‘ tab.

The amount donated through Bharat Ke Veer Portal bharatkeveer.gov.in will be credited to the account of ‘Next of Kin’ of those Central Armed Police Force/Central Para Military Force soldiers.

If you wish to support this cause, click here to contribute – bharatkeveer.gov.in/viewMartyrsGalleryPage

The brave soldiers of Central Armed Police Forces (CAPF) fight a daily battle to safeguard India’s external and internal security. Protecting the hostile boarders in the west with Pakistan and in the north and east with China; and facing the threats generated by the militants in Jammu and Kashmir, insurgency in the north-east; and Maoist extremists in central and east India, to keep us safe. One soldier loses his/her life every third day and one is permanently incapacitated.

Bharat Ke Veer mobile app is an initiative for the citizens to pay homage to the bravehearts in Central Armed Police Forces who laid down their lives in the line of duty. Using this app, individuals can contribute directly into the bank accounts of the braveheart’s kin, or to the “Bharat Ke Veer” corpus. The direct link to download Bharat Ke Veer App from Google Play Store is given here – https://play.google.com/store/apps/details?id=appthemartyrs.in.nic.bih.onlineapp.appthemartyrs&hl=en_IN&gl=US

The page to download Bharat Ke Veer Mobile App from google playstore for android smartphone users will appear as below:-

To ensure maximum coverage, a cap of 15 lakhs is envisaged per braveheart and the donor would be alerted if the amount exceeds Rs 15 lakhs, so that they can choose to either decrease their contribution or divert part of the donation to another braveheart’s account, or to the “Bharat Ke Veer” corpus.

“Bharat Ke Veer” corpus would be managed by a committee made up of eminent persons of repute and senior government officials, in equal number, who would decide to disburse the fund equitably to the braveheart’s family on need basis. There is no limit to contribution to “Bharat Ke Veer” corpus. Payments through this app is powered by State Bank of India 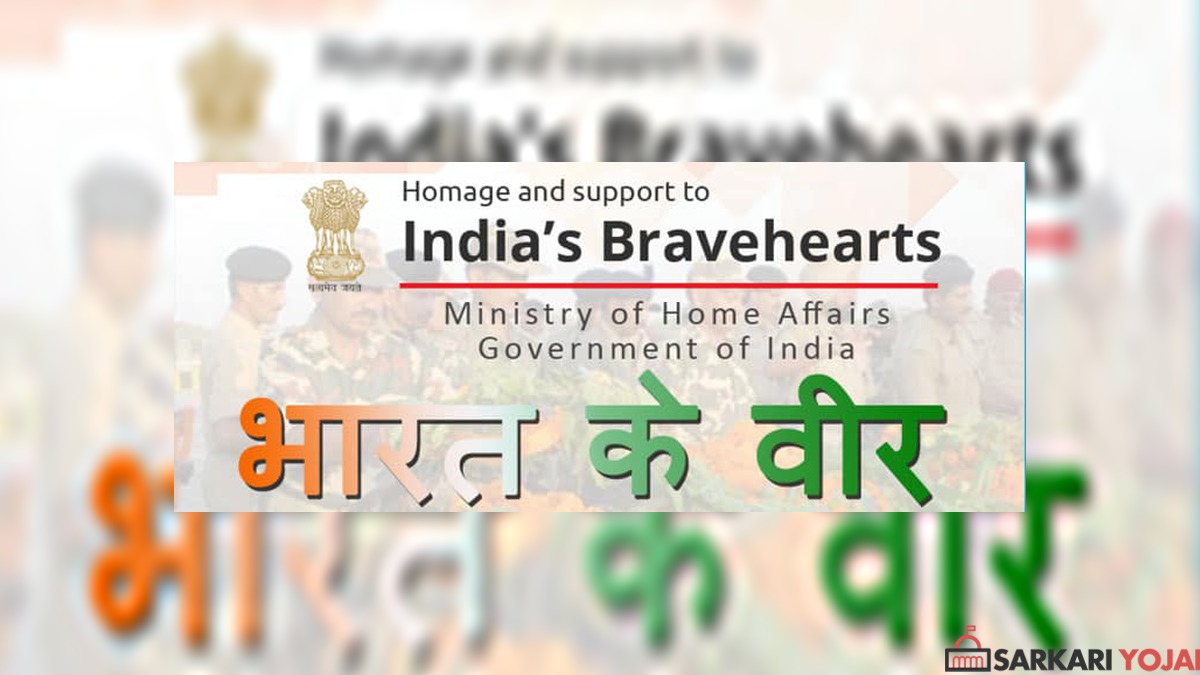