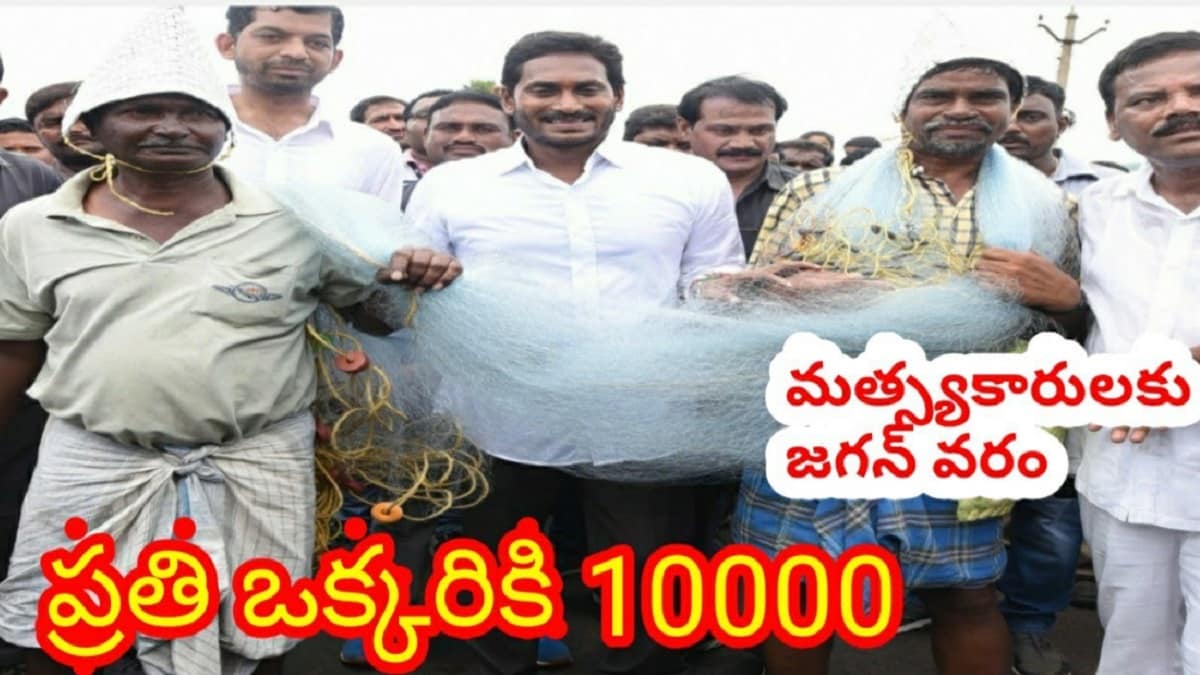 Fishermen who received Rythu Bharosa, Vahana Mitra, pension benefits will even get holiday assistance under the scheme.

The important features and highlights of this AP govt. scheme for fishermen are as follows:-

CM YS Jagan Mohan Reddy announced enhancement of benefits after reviewing the miserable conditions of fishermen during his 3,648 km-long padayatra.

The state govt. will also provide compensation to fishermen affected from drilling exploration conducted by Gujarat State Petroleum Corporation for 13 months in 2012. A total number of 16,559 fishermen from 8 mandals in East Godavari district lost their livelihood. Oil Company had already paid compensation of Rs. 68.88 crore for 6 months duration. However the remaining compensation of Rs. 78.24 crore for 7 months is still due on oil companies which would now be paid by the AP govt. on Thursday.

Other Benefits for Fishermen in AP

AP govt. will setup Integrated aqua labs in 46 locations at Rs. 56.53 crore. These labs are going to test quality of water, sand, feed and seeds for the benefit of aquaculturists.

AP govt. will allocate Rs. 720 crore to provide power to aqua farmers at cost of Rs. 1.5 per unit to benefit around 53,550 farmers. Other major decisions are to provide rights to fishermen on canals on lease at a nominal cost and provision of input subsidy.

Karan Chhabra at सरकारी योजना
« Book Appointment Online at Aadhaar Seva Kendra Near You – Check List of Centers
India Skills Kerala 2020 Competition Online Registration Form @ indiaskillskerala.com »
Disclaimer and Notice: This is not the official website for any government scheme nor associated with any Govt. body. Please do not treat this as official website and do not leave your contact / personal such as Aadhar Number or Mobile No. information in the comment below. It is not possible for us to reply to each comment/query, neither we can address the complaints regarding any scheme. We request all our visitors to visit the official website of the concerned department / authority for any complaint, query about the scheme / information published on this website.