Annapurti Rice ATM Grain Dispenser Scheme 2021 pilot project is going to be launched by the Karnataka government. In this scheme, the state govt. will install Rice ATM in a slum in Bengaluru. This Rice ATM machine would facilitate poor people to avail rice on tap rather than going to the shops under Public Distribution System (PDS). In this article, we will tell you about the complete details of the Karnataka Rice ATM Yojana.

Rice ATM initiative under the Karnataka Annapurti Rice ATM Grain Dispenser Scheme 2021 is part of the central govt’s pilot project. This Annapurti project is being implemented in close partnership with the United Nation’s World Food Programme (WFP). The WEP, which won the 2020 Nobel Peace Prize, has been working closely with the Government in carrying out reforms in the Public Distribution System (PDS).

Karnataka’s pilot Annapurti Rice ATM would be installed in a slum in Bengaluru. Under the central scheme of Annapurti, the automatic grain dispensers are going to be installed across the country, starting with five locations. These locations includes:-

The Annapurti dispensers are part of the UN’s World Food Programme (WFP). The new rice ATMs which are to be started in Karnataka would benefit the poor and reduce corruption in rice distribution.

The state govt. of Karnataka is working closely with the central govt. to set up ATMs under the Karnataka Rice ATM Yojana. The officials would identify a place which is home to a large number of people from the lower income group and install it. It will remain open all day long, and people can make use of it accordingly.

The Annapurti Rice ATM Machine is expected to come in capacities of 200 kg to 500 kg and the machine will be installed depending on demand. These machines, expected to check malpractices in the PDS, can dispense two commodities at a speed of 25 kg per 1.3 minutes. Each of these dispensers has a built-in storage capacity of 200-500 kg.

Currently under the Karnataka Anna Bhagya scheme, the state government is providing rice, grains and other essentials to 1.27 crore families. The total number of beneficiaries adds upto 4.32 crore people per month. The state govt. provides 5 kg of rice per month to each member of BPL household since 2013 and APL family members get rice of Rs. 15 per kg.

Under Anna Bhagya scheme, ration cardholders also get edible oils, sugar, iodized salt, kerosene and other items at a lower price. The state govt. of Karnataka plans to provide an ATM Card to all beneficiaries along with biometrics to get their rice quota. This is in the initial stage and after getting the Rice ATM machines, there will be more clarity.

The state govt. will identify a slum area in a slum with large number of people and install it. This Annapurti Rice ATM will remain open for the entire day with rice availability. People can use these Rice ATMs for Rice just like they withdraw money and potentially do away with the need to wait in long queues in front of ration shops. Rice ATMs will be beneficial for BPL carholders, who don’t find time to go to the PDS centre during working hours.

The person who needs rice should insert a coin in the machine and a certain quantity of rice will be dispensed. To make Rice ATM’s convenient for public usage, the government is also considering a smart card or a biometric system similar to bank ATMs. 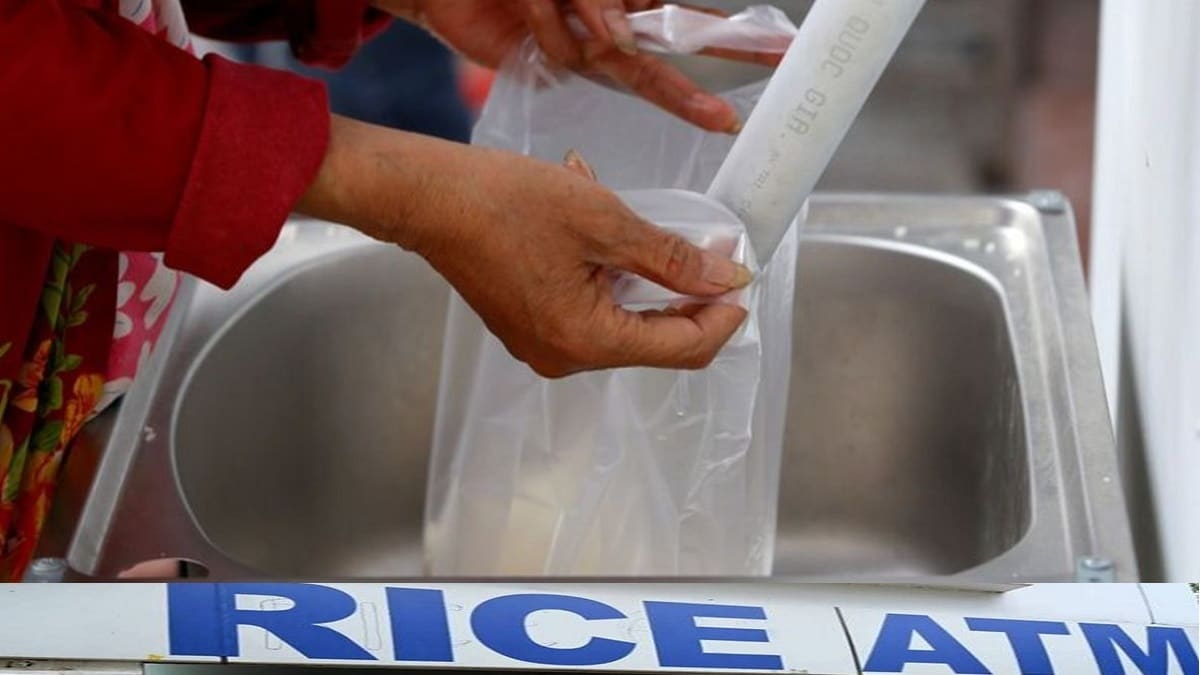