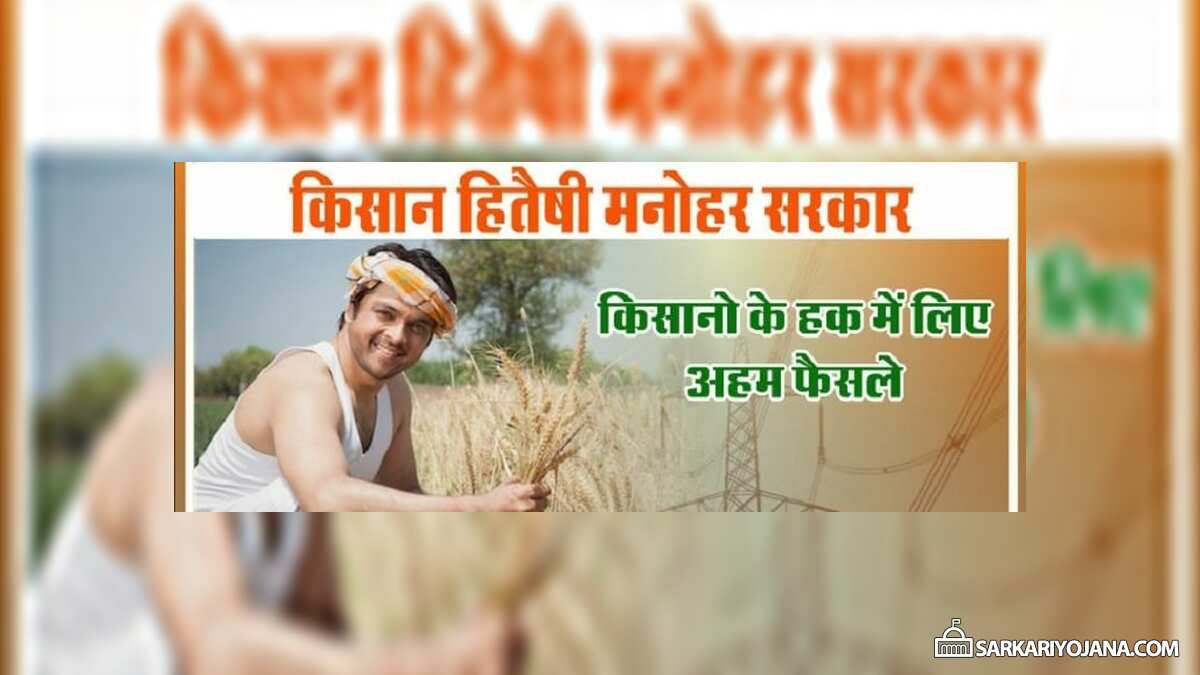 The state govt. has set a target to issue 50,000 new solar energy connections in the state and out of this, tenders have been floated already for 15,000 connections. Usage of solar energy in tube wells reduces the entire power connection by about 30%.

Around 468 agricultural tube wells under the Vayama Feeder of Karnal block and Saspur Feeder of Yamunanagar block would run on solar energy at an estimated cost of about Rs 25 crore.

All the applicant farmers needs to pay some fixed amount, after which the tube well connections would be issued to the farmers directly. Only those applicants, whose applications are pending since 1 January 2014 and 31 December 2018 will get these agriculture pump connections.

Govt. will also install around 10 lakh smart electricity meters by DISCOMS. In the 1st phase, smart meters would be installed in Karnal and Gurgaon districts and the work of installation of 10,000 such meters have already been started in Panipat. Govt. aims to provide electricity in each house under Ujala Yojana till 31 March 2019.

For the first time in the state, all the 4 power companies have emerged from losses and have earned profit. In 2017-18, UHBVN earns a profit of Rs. 278 crore and DHBVN earns profit of Rs. 134 crore. Thus the total earned profits of these 2 companies is Rs. 412 crore. To ensure welfare of farmers, the power tariff has been reduced to almost half (50%). This reduction has considerably resulted in reducing the electricity bills of domestic consumers.

There were a total number of 54,08,722 electricity connections in Haryana in FY 2014. The state govt. has issued 10,87,835 new connections during the last 4 years. Out of these, around 4,48,588 connections were given to un-electrified households in the rural area.

There are 0 comments on this article | leave a replyTags: Pump Sets Scheme, Solar Subsidy Scheme

Karan Chhabra at Sarkari Yojana
Related Content
Gujarat Govt. Line up Events at Statue of Unity to Promote Tourism Check Your Name in PM Jan Arogya Yojana Final Beneficiaries List at mera.pmjay.gov.in
Disclaimer and Notice: This is not the official website for any government scheme nor associated with any Govt. body. Please do not treat this as official website and do not leave your contact / personal such as Aadhar Number or Mobile No. information in the comment below. It is not possible for us to reply to each comment/query, neither we can address the complaints regarding any scheme. We request all our visitors to visit the official website of the concerned department / authority for any complaint, query about the scheme / information published on this website.