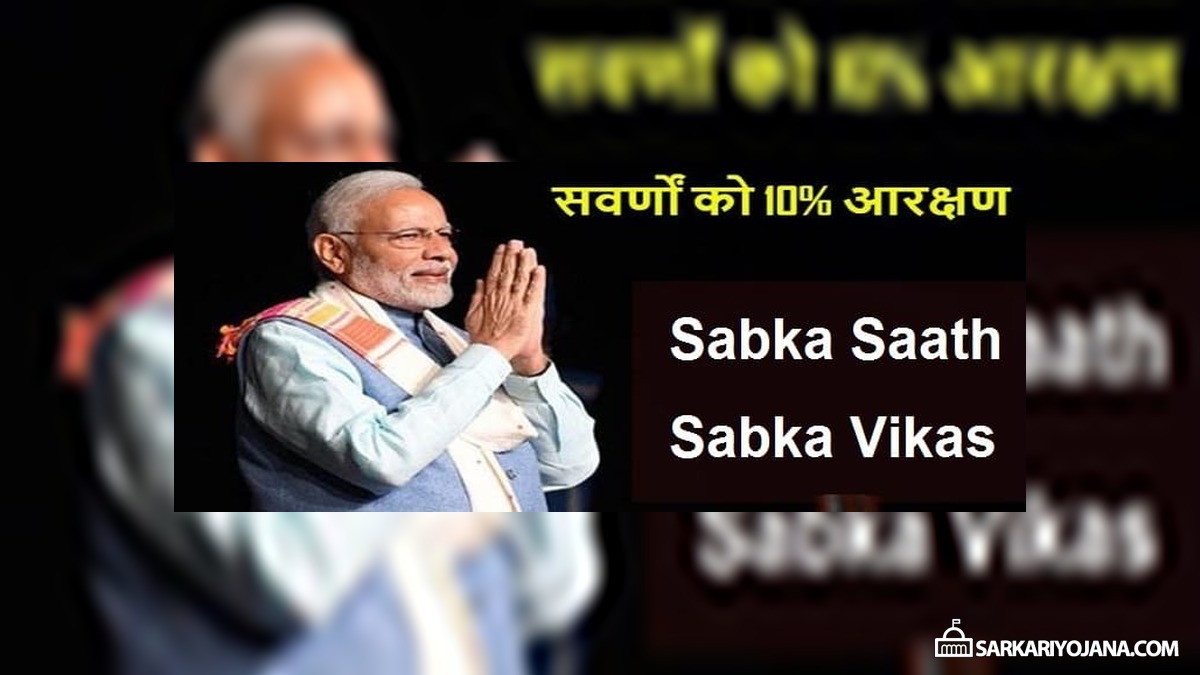 Modi govt. has decided to provide Aarthik Aadhar Par Aarakshan for general category in the cabinet committee meeting held on 7 January 2019. Now govt. will provide aarthik aarakshan of 10 percent to poor people belonging to swarn class. People from economically weaker upper caste sections who earns less than 8 lakh per year can avail 10% reservation in quota for govt. jobs. This move of central govt. is also referred to as “Modi Ki Swarn Kranti”.

This aarthik aarakshan would also be availed by general category upper caste for admission in higher educational institutions. This section of swarn class doesn’t get any reservation benefits as of now.

The central govt. will bring constitutional amendment bill to implement reservation for economically weaker sections in Parliament on 8 January 2019.

All the people from economically weaker sections whose annual income is less than 8 lakh p.a will get 10% reservation in govt. jobs and admissions in educational institutions. Aarthik Aadhar Par Aarakshan is a major demand of the general category people from Swarn class. It is imperative to note that this aarthik aarakshan for upper caste people would be over and above the existing 50% reservation.

Aarthik Aarakshan is the second most important step in the history of India after the formation of Mandal Commission. The Mandal Commission or the Socially and Educationally Backward Classes Commission (SEBC), was established in India on 1 January 1979 by the Janata Party government under PM Morarji Desai with a mandate to “identify the socially or educationally backward classes” of India.

As per the report from the sources, it is likely that this 10% reservation for Swarn Samaaj can be availed by only those people from upper caste whose annual income is less than Rs. 8 lakh per annum, land holdings upto 5 acres, house in urban areas is less than 100 sq. yards and less than 200 sq. yard in rural areas.

Article 15 and 16 of the Constitution of India will have to be amended for the implementation of this decision. This move of the central govt. has come just ahead of the upcoming Lok Sabha elections.