5 Lakh New Madhu Babu Pension Yojana Beneficiaries to be Included under Odisha Peetha Scheme so that no single eligible beneficiary is left out & 40,000 artists to get pension under Mukhyamantri Kalakar Sahayata Yojana, social security pension scheme benefits to reach every citizens 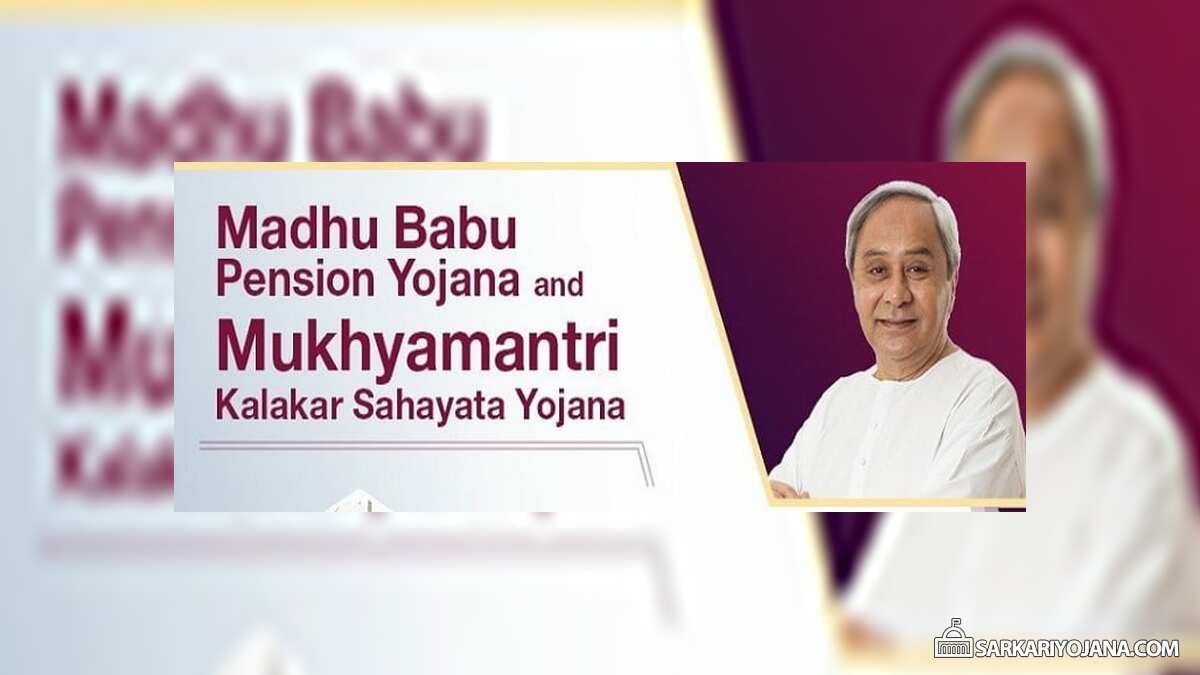 Odisha govt. has announced to include 5 lakh new beneficiaries in Madhu Babu Pension Yojana under PEETHA scheme. This inclusion will ensure that not a single eligible person is left out under social security scheme benefits. Moreover, CM has also announced that around 40,000 artist beneficiaries would also get pension under the Mukhyamantri Kalakar Sahayata Yojana.

The state govt. would organize camps at gram panchayat level and the best panchayat is going to get reward of Rs. 5 lakh.

Odisha govt. has always emphasized on social security of downtrodden people and the primary aim is to bring smile on everyone’s face and to help the citizens to lead a dignified life. Under PEETHA Scheme, govt. will organize gram panchayats b/w 15th & 20th date of each month from December 2018.

CM @Naveen_Odisha has announced to include five lakh new beneficiaries in Madhu Babu Pension Yojana to ensure that not a single eligible person is left out. State Government’s own scheme currently benefits 43 lakh people and new beneficiaries will be added from 15th December. pic.twitter.com/Z2rAZSear6

Madhu Babu Pension Yojana was launched in January 2008 by merging 2 pension schemes – Old Age Pension and Odisha disability pension yojana. All the beneficiaries get Rs. 300 p.m lying in the age group of 60 years to 79 years and Rs. 500 per month for people of 80 years of age or above. MBPY scheme also extends benefits to widows, leprosy and AIDS benefits.

Unmarried women above 30 years of age who belongs to BPL family and has individual income below Rs. 24,000 per annum are also eligible under MBPY. This decision is going to put an additional burden of Rs. 60 crore for 4 months (December to March) of the current 2018-19.

Karan Chhabra at Sarkari Yojana
Related Content
राष्ट्रीय महिला आयोग (NCW) नई वेबसाइट – महिलाएं ऑनलाइन शिकायत दर्ज करें मध्यप्रदेश पोस्ट मैट्रिक स्कालरशिप योजना SC/ST/OBC – ऑनलाइन पंजीकरण, मोबाइल एप और स्थिति जाँचे
Disclaimer and Notice: This is not the official website for any government scheme nor associated with any Govt. body. Please do not treat this as official website and do not leave your contact / personal such as Aadhar Number or Mobile No. information in the comment below. It is not possible for us to reply to each comment/query, neither we can address the complaints regarding any scheme. We request all our visitors to visit the official website of the concerned department / authority for any complaint, query about the scheme / information published on this website.